In the wake of those staggering statistics are children who become the invisible victims – facing emotional and physical turmoil, and financial hardships. While the adult is the one serving time behind bars, their children often find themselves cut off from the lives they desire. Yet there are local organizations working to implement change. In Allegheny County, where an estimated 8,500 children have incarcerated parents, new programs are improving family relationships and child outcomes, while educating the public and decision makers. WQED’s initiative hopes to shed light on a topic that is often ignored, but impacts so many.

Anna Hollis in the news about the experiences of children with incarcerated parents – TribLIVE, August 2013 Check out this video for some motivation and re-energizing by our mentor Nancy Stampahar – YouTube video, July 2013 Kayla Bowyer, our Amachi Ambassador Coordinator, advocating for change to America’s War on Drugs policies – New Pittsburgh Courier, June 2013 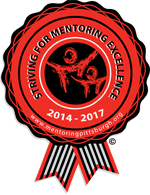